Recognizing PTSD And Its Symptoms After Your Accident 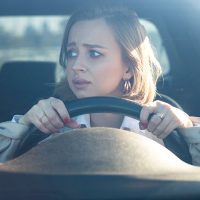 We tend to think of Post Traumatic Stress Disorder (PTSD) as an ailment that affects people who have been at war, or through a horrific calamity. But even a car accident can cause people to suffer from PTSD. The effects of PTSD can be debilitating, and yes, you can recover compensation for the way that PTSD has altered or affected your life.

PTSD is Recognized by Science and Medicine

It is widely recognized by the scientific community that PTSD can be caused by, and is commonly caused by, car accidents. There is even a term for it, called Motor Vehicle Accident (or Collision) Related PTSD.

But the signs of PTSD can be hard to recognize. They may be mislabeled as other psychiatric disorders or emotional problems. Making it more difficult, PTSD symptoms often vary from person to person, and some people may never have PTSD symptoms at all.

In fact, PTSD was not even widely recognized as a disorder at all, until the 1970s. Today, it is a recognized disorder under the Diagnostic and Statistical Manual (DM-V).

The Symptoms of PTSD

PTSD may manifest like anxiety, but it is not anxiety disorder. Rather, PTSD is a disorder that is triggered or started by a specific event.

Commonly, the type of events that are known to trigger PTSD include anything that threatens death, exposes the victim to others’ death or bodily injury, any serious injury to a person, or sexual assaults, attacks, and other sexual violations.

There are a number of symptoms to PTSD, and they vary from person to person, but the DSM-5 categorizes PTSD into 4 main categories:

-Avoidance of situations that may remind you of the triggering event, even if the avoidance is irrational. For example, there is no rational reason why fireworks would trigger a former soldier’s PTSD-the soldier logically knows he or she is hearing fireworks and not guns–but because of the disorder, the soldier may understandably feel fear, trauma, or anxiety.

-Reliving the event in the victim’s head, often repeatedly, and to distraction

-Alterations in mood, affect, and feelings

-Being hyper-aroused, or “wired,” with no apparent reason

People with PTSD may avoid speaking about the event, or may avoid situations similar to the event. In a car accident, this can lead to someone being afraid to just get behind the wheel and drive. Affected individuals may occupy their time, or take up other activities to “distract” themselves from things that may trigger reminders of the traumatic event.

Victims may have a hard time going to sleep, may have anger problems, short tempers, be irritable, or may be easily startled. They may constantly feel like they are alert and “on guard,” and that can often lead to concentration or memory problems.

Contact our Rhode Island personal injury lawyers at Robert E. Craven & Associates at 401-453-2700 if you have symptoms of PTSD after any kind of accident. We can help get you compensation for what you are going through.

By Robert E. Craven & Associates | Posted on December 7, 2022
« Tik Tok Challenge Deaths: Who Is Liable?
The Jacuzzi Can Be More Dangerous Than It Looks »