What Happens When Evidence In A Case Is Lost Or Destroyed? 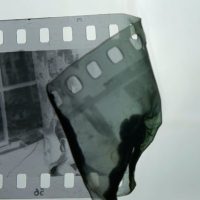 In every injury case, both sides have information about the case that the other side doesn’t have. Of course, some of that information (which is all potential evidence in the case) may be good for that side, and some of it may be bad. So what’s to stop a side from destroying or “accidentally losing” evidence that it doesn’t want the other side to ever see or discover?

For example, imagine that a store has a surveillance video of you falling on something. However, every 30 days, the video overwrites itself, erasing what was there for the previous 30 days. That erasure now eliminates the video evidence of your fall. However, the erasure wasn’t purposeful—the store just didn’t take measures to preserve the video footage before it was automatically erased or deleted.

Victims often inadvertently destroy evidence all the time. You may be in a fall accident, and then throw out the clothes you were wearing at the time, when those clothes have evidence in the case (such as remnants of the substance you fell on). People sometimes decide to fix their cars themselves, depriving the Defendant of the chance to look at the damage to your car, which is potentially evidence in your car accident case.

What Does the Court Do?

Of course, there are times when someone purposely tries to hide, destroy or conceal evidence. But it doesn’t really matter because generally, losing or destroying evidence is treated the same, whether done purposefully or not.

It is called spoliation of evidence. When someone spoliates evidence, there can be serious consequences. The court can tell the jury to assume that the evidence, had it not been destroyed, would have said what the “non-evidence-destroying” party would have wanted it to say.

In our fall example above, the jury may be told to infer that the video, had it not been erased, would have shown you falling on whatever object or substance that you say that you fell on. In more serious cases, the court could prohibit a Defendant from asserting a defense in the case, or prohibit a victim from asserting a claim against the Defendant. That can, possibly, reduce or severely limit the compensation you receive for your accident.

Speak to Your Attorney First

Stores and businesses are generally savvy enough to know what information should be kept and which can be thrown out, but the average accident victim may not know. You should always speak to your injury attorney before throwing out, or altering, anything related to your case or accident.

Contact our Rhode Island personal injury lawyers at Robert E. Craven & Associates at 401-453-2700 today for questions about your injury case or trial.

By Robert E. Craven & Associates | Posted on December 26, 2022
« Foreign Objects In Food Can Be Gross, And Dangerous
The Dangers And Complexities Of Rideshare Accidents »