What Is Negligence Per Se And How Can It Help Your Case? 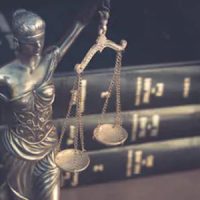 When someone injures us because they did something wrong, we often say that they “broke the law.” But really, in many negligence cases, no written law was ever broken, and to win your injury case, you don’t have to show that the Defendant broke any written laws at all.

That’s because proving negligence just requires a showing that someone acted or failed to act in a way that an ordinary and prudent person would act, or that someone breached the standard of care that was owed to you. Nowhere in the definition of negligence does it say anything about breaking an established written law.

When a Law is Broken

But sometimes, an actual written law is broken, leading to the accident, and injuring someone else. When it is, it provides a new avenue or legal theory for a victim to recover called Negligence Per Se.

You get to bypass that requirement, and all you need to prove is that an established, written law was broken. If so, you have proven liability (you do still need to prove the nature and extent of your injury, and establish that your injuries were caused by the Defendant’s actions or inactions).

What Class Are You In?

You do need to show that you, as the victim, fall into a class of people that was intended to be protected by the law that was broken. Usually, that’s not hard. If the law says that a truck needs to have its brakes serviced periodically, and a truck doesn’t, and the truck injures you when the brakes fail, you are likely in the class of people who are supposed to be protected by the law.

If you are swimming in a lake, and the lake has a boating speed limit, and you are hit by a speeding boat, it is likely that you are someone who was intended to be protected by the law–the law is there in part to make the waters safer for swimmers.

Conversely, imagine a law that says that an elevator must be inspected periodically. You slip and fall in an elevator that is not inspected. Because the inspection has to do with mechanical upkeep, the law isn’t designed to keep a person from falling, and your injury, as a slip and fall, has no relation to the mechanical upkeep of the elevator. In that case, you could still prove and win your case–just not under a theory of negligence per se.

How will you prove your case? Contact our Rhode Island personal injury lawyers at Robert E. Craven & Associates at 401-453-2700 for help.

By Robert E. Craven & Associates | Posted on January 25, 2023
« The Role Of The Insurance Adjuster In Your Injury Case