Can You Sue A Minor Child Or Teenager Who Causes You Injuries? 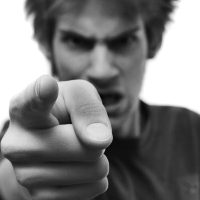 When people are injured, it isn’t always adults that cause injuries. Sometimes, kids cause injuries as well. This mostly happens with preteens or older teens, who are old enough to be around town, or cause trouble, but who still may be too young to appreciate the consequences of their actions.

Can You Sue a Child?

If someone who is under the age of 18 injures you, can you sue them? It may seem odd to sue a teenager, and the law generally agrees with you. The law says that someone under the age of 18, really is too immature to understand and appreciate what he or she is doing (whether that’s actually true or not is a different story, but that’s what the law says).

But in many cases, when a child causes an injury, you don’t have to sue the child—there are caretakers that can be sued.

For example, let’s assume that you were injured when teenagers hit you while they were riding a golf cart. Who owned the golf cart? Who gave those teenagers access to the golf cart? Adults did, somewhere, and those adults can certainly be sued.

This is a common theory of liability when older teenagers get into car accidents. Often, the parents can be sued for entrusting the minor child with a car. This is especially true when the child has a history of carelessness, or there is something in the child’s background that would indicate that he or she should not be driving a car.

Supervision is a big legal issue, especially with younger children. If a 6-year old brings a weapon to day care and injuries your child, who gave that 6-year old access to the weapon? What did the daycare do to try to stop the accident from happening?

Because kids tend to be constantly monitored (or they are supposed to be) at home or outside the home, there is usually an adult or an institution that has the obligation to keep you or your child safe, from the actions of minors.

Were you injured by a minor child or teenager? We can see who is liable for your accident and injuries. Contact our Rhode Island personal injury lawyers at Robert E. Craven & Associates at 401-453-2700 today.

By Robert E. Craven & Associates | Posted on August 17, 2022
« What Does A Jury And A Judge Do In A Personal Injury Trial?
Suing For Gun Violence Or Gun Liability: It Is Possible »