Is A Bar Or Establishment Liable For Injuries Caused By A Drunk Driver It Served? 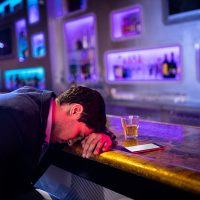 They can, and someone who serves alcohol to someone else who gets behind the wheel and causes injury can be sued, but only in certain situations. These laws–called dram shop laws–apply only where:

As you can see, proving the first category would require some evidence that the serving establishment knew that the person they served was “visibly” intoxicated. That means that the establishment can defend liability by saying that someone appeared to be stable, or appeared to be sober. As we know, many people can be intoxicated, but hide it well–especially if the server only had limited interaction with the person being served.

However, a server is only liable for what it served to someone–in cases where the drunk driver may have drank at multiple establishments, it must be proven which establishment knew, or should have known, the driver was drunk, and continued to serve him or her.

Note that a server is liable when it recklessly or negligently serves someone. That means that an establishment can’t take a blind eye, look the other way, or purposely fail to monitor or observe patriots, in order to avoid liability.

Also note that the law says that someone being served cannot be “visibly” drunk or intoxicated–it does not specify a blood alcohol level. Unlike criminal law, where someone’s BAL has to meet a certain threshold for criminal liability, there is no specific BAL that must be met, to hold an establishment liable for accidents caused by drunk drivers.

Note that the ability to sue a server for injuries caused by someone they served on the roads, does not extend to social hosts.

Social hosts are those who aren’t businesses–for example, if two friends are at home and friend 1 allows friend 2 to drink too much, and get behind the wheel. Usually, in these situations, the server, being just a person and not a business or establishment, will not be liable under Rhode Island’s dram shop laws.

Our Rhode Island personal injury lawyers at Robert E. Craven & Associates are here to help you if you are in an accident caused by a drunk driver. Call 401-453-2700 today.

By Robert E. Craven & Associates | Posted on January 13, 2022
« How Do Insurance Companies Decide What They Will Offer To Settle Your Case?
Should You Settle Your Case, Or Take It To Trial? »