Suing For Gun Violence Or Gun Liability: It Is Possible 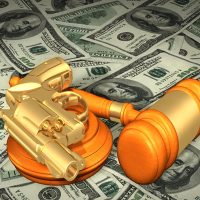 As a general rule, under federal laws, gun manufacturers cannot be held liable for injuries caused by the guns that they make or that they manufacture (unless the gun itself was defective, causing an injury, or there is some false advertising claim that leads to an injury). But as victims of the Sandy Hook school massacre recently learned, in some cases, even when federal law doesn’t allow recovery, state law often will.

The victims and families of victims of the Sandy Hook school shooting had sued gun manufacturer Remington, but to avoid the restrictions of federal law, they sued under a state law in Massachusetts, that allows gun manufacturers to be sued for false advertising or for marketing guns to people who shouldn’t have them or possess them.

The families alleged that the marketing was targeted towards people like the Sandy Hook killer, thus leading to someone buying and using a gun, who shouldn’t have had the gun.

But before any decision could be rendered, Remington agreed to the sum of $73 million to a group of families, thus leaving the legal question up in the air–but still showing that when there is gun violence, parties, including the gun manufacturer, can be sued.

Other Parties Who May be Liable

Not only can a gun manufacturer be sued when there is gun violence, but there may be other parties liable for gun violence.

For example, if the gun violence happens on a business’ property, victims may allege that the property could have and should have done more to secure the premises, through the use of gates, security guards, or better lighting.

If gun violence happens at work, victims can allege that businesses should have done background checks on employees.

Often, gun users–especially younger ones–get the guns from parents or guardians. Victims can allege that the parents are liable, for allowing the child, teen or young person, to come into possession of the gun when it was obvious that it was dangerous. This often happens when guns in homes are not properly secured or locked away.

Criminals also may get guns from stores, which may allow employees to access the guns, or which may sell guns to customers that are, again, too young to purchase them.

The moral of the story here is that when someone is injured because of a gun, don’t assume that nobody is liable. There may be a host of companies or actors, including the manufacturer under state laws, that could be liable to victims for injuries caused by guns.

If someone you know has been injured because of a gun, or from criminal activity, we may be able to help get you compensation. Contact our Rhode Island personal injury lawyers at Robert E. Craven & Associates at 401-453-2700 today.

By Robert E. Craven & Associates | Posted on August 24, 2022
« Can You Sue A Minor Child Or Teenager Who Causes You Injuries?
It’s Easier Than You Think To Be Injured On The Stairs »