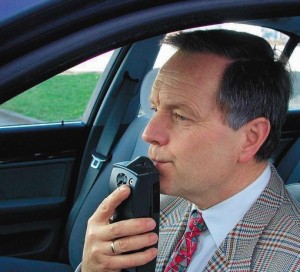 As of January 1st, Rhode Island’s driving under the influence laws are made tougher.  The new law gives judge’s the power to order those convicted of a DUI to install an ignition interlock system in his/her automobile.  An ignition interlock tests a driver’s blood alcohol level (similar)

Prior to the enactment of this new law, ignition interlock devices were only required in the most serious of DUI offenses.  Now, even a first offender can be required to install an interlock device.  First offenders with a blood alcohol level above .08% may be required to install the device while the requirement is mandatory for those with a blood alcohol level above .15%.

A DUI conviction can have significant consequences in your life. Don’t risk the possibility of a criminal conviction or loss of license by trusting your case to an inexperienced attorney.  If you have been charged with a DUI in Rhode Island, call our experienced criminal defense attorneys today. We handle driving under the influence cases throughout the State of Rhode Island on a daily basis.