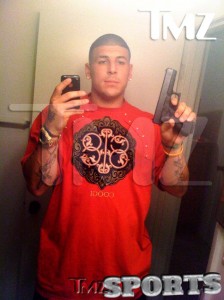 The concept of suppressing evidence is rampant in television portrayals of the legal system. But does evidence actually get suppressed? The answer is “yes,” but not without the assistance of an experienced criminal defense lawyer.  There are many reasons why evidence should be suppressed but evidence does not get suppressed on its own.  It takes a seasoned defense lawyer to identify evidence that could potentially be suppressed and (even more importantly) convince a judge to actually suppress the evidence.

Recently, this issue arose in the pretrial stages of the Aaron Hernandez murder case. Judge E. Susan Garsh decided to suppress two cellphones and three iPads.  That ruling means that the prosecution will not be able to present the items – and whatever electronic data they store – into evidence. The reason for granting the defense’s motion to suppress was a defect in the search warrant that led to the discovery of these devices.  Specifically, the warrant failed to specify that the police could seize handheld electronic devices.  As such, when the police discovered and analyzed this evidence (we don’t know exactly what they found, but considering the defense’s insistence on barring the electronics from evidence we can assume it was harmful to Hernandez’s defense) they violated the ex-Patriot’s constitutional rights.  Basically, the US Constitution allows us to be free from unreasonable searches and seizures, requiring warrants to be based on probable cause, describing with particularity the place to be searched and the persons or things to be seized.  Here, it looks like the police failed to obtain authorization to seize Hernandez’s electronic devices prior to searching Hernandez’s property.

If you’ve been charged with a crime in Rhode Island, you need an experienced criminal defense attorney.  Call the attorneys at Robert E. Craven & Associates today for a free consultation.