Can You Refuse A Breathalyzer When Stopped For Drunk Driving In Rhode Island? 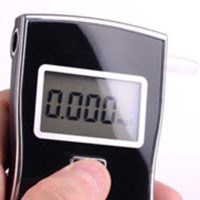 If you are stopped by police based on suspicion of drunk driving in Rhode Island, the officer is likely to ask you to submit to a breath test, also known as a Breathalyzer. A breath test is used to measure how much a driver has been drinking. If a Breathalyzer shows that your blood alcohol concentration (BAC) exceeds .08%, you can be arrested for driving while impaired.

It is vital to understand your legal rights and the potential consequences you could face if you refuse a Breathalyzer in Rhode Island.

Does Rhode Island Law Require Breathalyzers When Stopped for DUI?

A Breathalyzer is a device used by police officers to determine a motorist’s BAC level during a DUI stop. Like most other states, Rhode Island adopted “implied consent” laws that stipulate that drivers consent to testing when suspected of drunk driving.

In other words, when you apply for a driver’s license in Rhode Island, you automatically consent to future requests to submit to a Breathalyzer test when pulled over by police over the suspicion of driving while impaired.

Thus, under Rhode Island’s implied consent law, a driver can face negative consequences for refusing to submit to a Breathalyzer.

What Are the Consequences of Refusing a Breathalyzer in Rhode Island?

When deciding whether or not you should refuse to submit to a breath test when stopped for drunk driving in Rhode Island, you need to understand the potential consequences of the refusal.

Under Rhode Island Gen. Laws § 31-27-2.1, motorists can be charged with “refusal to submit to a chemical test” for refusing a Breathalyzer or blood test when a police officer has reasonable grounds to believe that the motorist is impaired by alcohol or drugs.

You can be charged with the offense if you refuse a Breathalyzer after the officer informed you of your rights to an independent medical exam and the repercussions of refusing a breath test.

A first offense of refusing a chemical test during a DUI stop is a civil violation that is associated with the following penalties:

A second and subsequent refusal to submit to a Breathalyzer in Rhode Island are criminal offenses that carry severe penalties.

Should You Refuse a Breathalyzer in Rhode Island?

When stopped by police over suspicion of drunk driving, you will have to decide whether you should take or refuse a Breathalyzer. Whether or not it makes sense to refuse a breath test depends on a number of factors, including how much alcohol, if any, you consumed before driving.

Speak with a skilled attorney to determine your options. An attorney can help you protect your rights if you refused a Breathalyzer in Rhode Island. Schedule a case review with a Rhode Island drunk driving accident attorney at Robert E. Craven & Associates to talk about your case. Call 401-453-2700 today.

By Robert E. Craven & Associates | Posted on October 28, 2021
« 5 Steps Of A Personal Injury Claim In Rhode Island
What Happens If You Reject The Insurance Company’s Settlement Offer After A Car Accident? »