How To Prove Fault In A Failure To Yield Car Accident In Rhode Island? 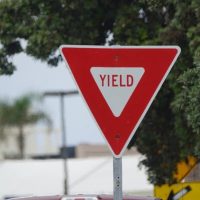 All motorists are obligated to follow traffic rules when operating motor vehicles. One of the traffic rules that drivers must obey is yielding the right of way to others. When a driver’s failure to yield results in a car accident, the driver who did not obey traffic signals or road signs can be held responsible for causing the collision.

However, determining fault in a failure to yield car accident can be complicated, especially if you do not have solid evidence proving that you had the right of way. For this reason, it is advisable to contact a Rhode Island car accident attorney to determine liability in your automobile crash and help you get the compensation to which you are entitled.

How Do Failure to Yield Car Accidents Occur?

Failure to yield accidents can occur when a driver:

If you were injured in a car accident caused by another driver’s failure to obey traffic rules, you need an experienced lawyer to help you prove the other driver’s fault.

Car accidents involving a driver’s failure to yield to other vehicles are more complicated than other crashes. That is because the driver whose vehicle crashes into another vehicle that failed to yield is often not at fault.

However, the driver who failed to yield and/or their insurance company may argue that the other driver was to blame for causing the collision because they were the ones who struct the vehicle.

Following a failure to yield car accident – or any other crash, for that matter – the injured party will most likely get a call from the other driver’s auto insurance company. The insurance adjuster may ask the driver to provide a recorded statement.

Often, it is not immediately clear who was at fault for a car accident. That is why you need a skilled attorney to help you determine fault in your failure to yield car crash. Your attorney will gather and evaluate all available evidence to prove the other driver’s fault. Contact our lawyers at Robert E. Craven & Associates to talk about your case. Call 401-453-2700 today.

By Robert E. Craven & Associates | Posted on September 1, 2021
« The Do’s And Don’ts After A Car Accident In Rhode Island
Does Rhode Island Law Cap Damages In Personal Injury Cases? »