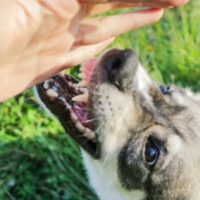 Rhode Island lawmakers consider changing the state’s vicious dog laws. The current dog bite laws have not been updated in more than three decades, as the public continues pushing for a change.

A new legislative commission at the State House wants to overhaul Rhode Island’s regulations on vicious dogs after a dog bite incident that left a Pawtucket woman injured and one dog dead, according to WLNE.

If you were attacked by a vicious dog in Rhode Island, do not hesitate to speak with a Rhode Island dog bite attorney. Here at Robert E. Craven & Associates, our detail-oriented personal injury lawyers will make sure that you receive the appropriate compensation regardless of whether or not it was the dog’s first offense.

In the October incident in question, the woman was attacked by two dogs. Although the attacking dogs were deemed “vicious,” the existing dog bite laws do not allow authorities to euthanize them because it is their first offense. Currently, a vicious dog in Rhode Island cannot be euthanized even it the dog bite results in wrongful death.

However, a new legislative commission is preparing to reform the state’s vicious dog law. The existing regulations do not distinguish the difference between a dog that merely approaches someone aggressively and a dog that inflicts serious injury or kills a human. These two dogs fall under the same category.

Legislators are looking to hold hearings on reforming the existing vicious dog law over the next few months. According to State Senator Dawn Euer representing District 13, the main idea of the reform is “the public safety concern.”

The Democrat explained that legislators need to make sure that “the statute is as strong as possible” in order to protect both the dog owners and the members of the public. Legislators also insist on hearings for the most dangerous dogs in Rhode Island to be expedited.

If a dog bite occurred in Providence, Newport, Warwick, Cranston, Pawtucket, or other parts of Rhode Island, you need to understand how the state’s strict liability statute works.

The current dog bite law differentiates between incidents that occur on the dog owner’s property and dog attacks elsewhere. If the dog bite occurred while on the dog’s owner’s property, the strict liability statute will not apply.

Instead, you will have to seek compensation under the state’s “one bite” rule. The rule makes a dog owner liable for your bite injury only if he or she knew or had reason to know that the dog would attack the victim or act aggressively (e.g., the dog has bitten someone else in the past or has a history of aggressive behavior).

Despite the name of the rule – “one bite” – a prior bite is not the only type of evidence to prove the dog’s aggressiveness. If your Rhode Island dog bite attorney can find another piece of evidence proving that the owner knew the dog would act aggressively, you will be entitled to bring a claim against the owner of the dog to obtain fair compensation.

Discuss your case with our Rhode Island dog bite lawyer to receive a free case evaluation. Call at 401-453-2700 to begin investigating whether the dog owner knew or should have known about their dog’s aggressive behavior.

By Robert E. Craven & Associates | Posted on December 11, 2019
« Can a Rhode Island Bar Be Held Liable for Your Slip & Fall Injury?
Health Violations in Rhode Island’s School Cafeterias: Who Can Be Sued for Your Child’s Food Poisoning? »